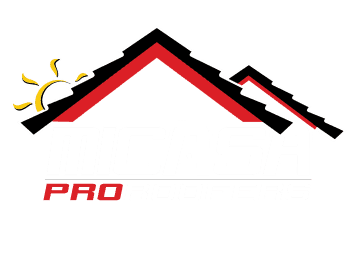 I helped a cousin of mine renovate a house that she was going to flip with her husband for profit. We met employees from this company, who we contracted to redo the roof. The previous owners of the house took horrible care of the house and the roof itself had to be almost completely redone. MPR did an excellent job. I felt bad that they had to put so much work into essentially putting on a new roof, but they had no trouble at all. You could tell they knew exactly what they were doing and felt very comfortable. It was such a weight off both our minds to be able to have this taken care of not just well, but within are price range. Thank you so much!

My grandparents needed a new roof ASAP. Micasa did a great job, they responded quickly to my initial phone call and were very professional. They explained everything to me, got up there, did the job and cleaned up afterwards. And it was really affordable! I would absolutely recommend them to everyone. Thanks guys!

My brother isn't a big reviewer and I was out visiting him while he was having some work done and I promised the guys I'd leave a review. They didn't ask for one, they just did such a good job and were so honest, I offered and I told them I would. They gave my brother several options. They told him all the ways to fix his problem even the ones where they didn't make a ton of money. My brother ended up saving a fortune but fully intends to put a new roof on in a year's time and use these guys. We'd refer hem to anyone for their knowledge, honesty, and efficiency.

I needed a repair for broken tiles and had Micasa come out for a free estimate. They arrived on time and even took pictures so I could get a better look at the wear and tear on my roof. John and the crew know what they’re doing, and were in and out without all the chaos I normally associate with major home repairs. I would recommend them to anyone that wants it done right the first time at a reasonable price. Thanks guys!

We have been avoiding the inevitable for some time now until our roof started to leak and we couldn’t wait any longer. We received a couple of roofing estimates which were pretty high. Our neighbors recommended we contact Micasa Roofing to do the job. That was one of the best referrals we could have ever received. They came in and gave us an estimate that was priced lower than the other roofers but to top it off they offered quality material. When they came to replace our roof the workers were courteous and professional. I was quite impressed with the way they cleaned up the property when they were done. The roof looks fabulous. I would definitely recommend them to anyone who wants a quality roof at a great price.